Complex and distinct, with a silky mouthfeel. Bright strawberry jam, nectarine, chinotto and hibiscus tea, with a long, floral aftertaste.

Complex and distinct, with a silky mouthfeel. Bright strawberry jam, nectarine, chinotto and hibiscus tea, with a long, floral aftertaste.

This lot was grown and processed by 8 independent farmers who own small farms located around the town of Aponte, in north-western Nariño, Colombia. The town is incredibly remote and hard to reach, as it is found deep inside Juanambú Canyon and surrounded by steep, rugged mountains. The town experiences a cool climate and high winds year-round, and sits on very fertile soil, thanks to the nutrient-rich ash constantly shed by the nearby Galeras Volcano. The farms in the region are tiny – averaging just 1 hectare – and are some of the highest situated coffee farms in Colombia, with most sitting above 2000 meters above sea level. The producers who grow coffee around Aponte are pioneers in developing farming and processing techniques to successfully produce coffee in such unique conditions.

The town is home to the indigenous Inga people and was once the northernmost point of the Incan empire. Visiting Aponte is a unique experience; the town operates as an indigenous reserve, independent from the Colombian government. On the streets, people continue to wear traditional garments and speak to each other in the local Inga language, a dialect derived from Quechua (the pre-colonial language of people from the Amazons and the Andean Mountains). In Aponte’s society, there is no such thing as private property and farms are owned by the community at large. Town leaders, or ‘Taitas’, have the final say on how each parcel of land is cultivated. Coffee has gained approval from Aponte’s Taita’s due to two major factors: it is a relatively profitable and stable crop, and it prevents bigger parcels of land from being used for coca cultivation. 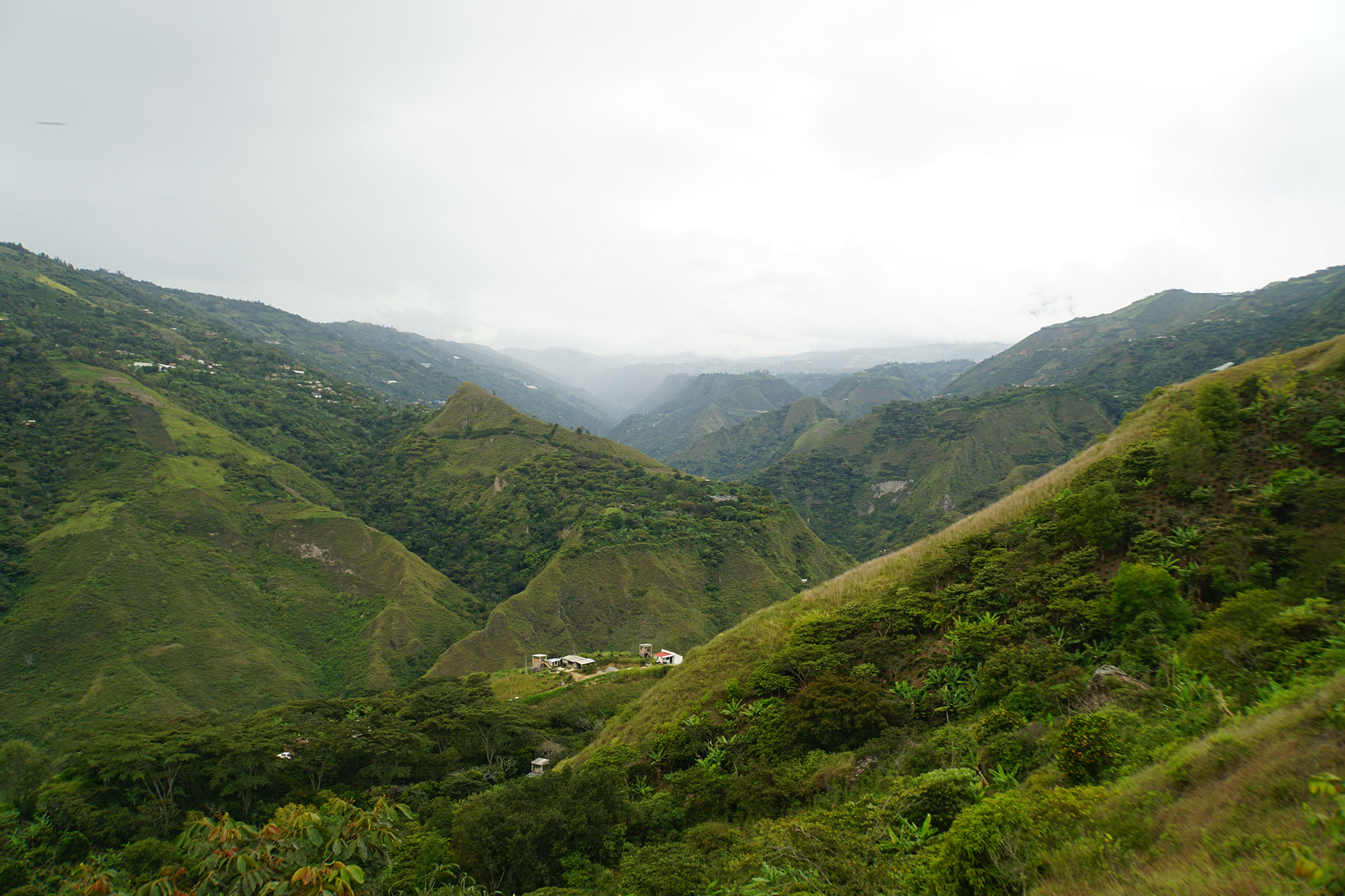