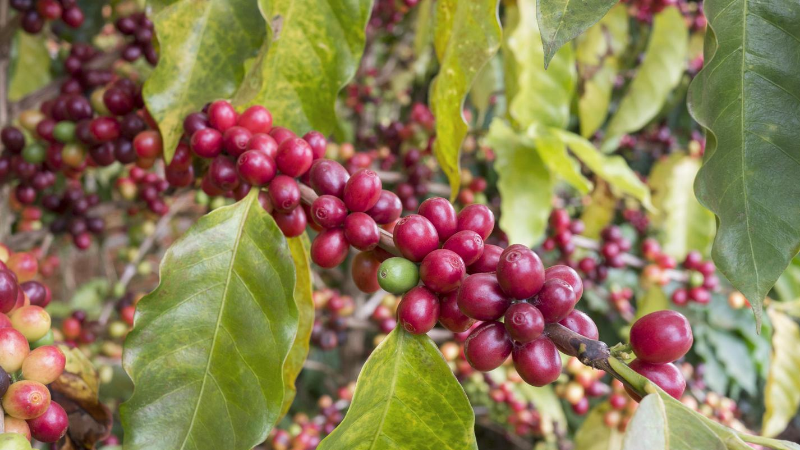 What is a Peaberry coffee bean?

The coffee bean is the seed of the tree and grows within the coffee fruit (cherry). Typically there are two seeds within the fruit which grow against each other and produce the typical coffee bean with a ‘flat’ side and a rounded side. Peaberry’s form when one seed fails to grow and one round seed is formed instead. Peaberries are generally uniform in both size and shape, and as such, they roast very evenly and are believed to produce a superior flavour. This is perhaps because the single peaberry does not have to ‘share’ nutrients with another bean inside the fruit.

Peaberries can offer bright acidity, sweetness, and concentrated and complex flavours in a cup. Often higher levels of density are typical in peaberries.

There is, however limited research on peaberries and, it’s hard to say if this evidence is the result of the peaberries’ unique growing conditions or simply that the lots in question are often high-quality ones, grown at high altitudes with relatively cool temperatures.

It’s also worth noting that the peaberries on the market today are likely to have been grown under high-quality conditions, resulting in overall quality of the lot, and not solely the peaberries.